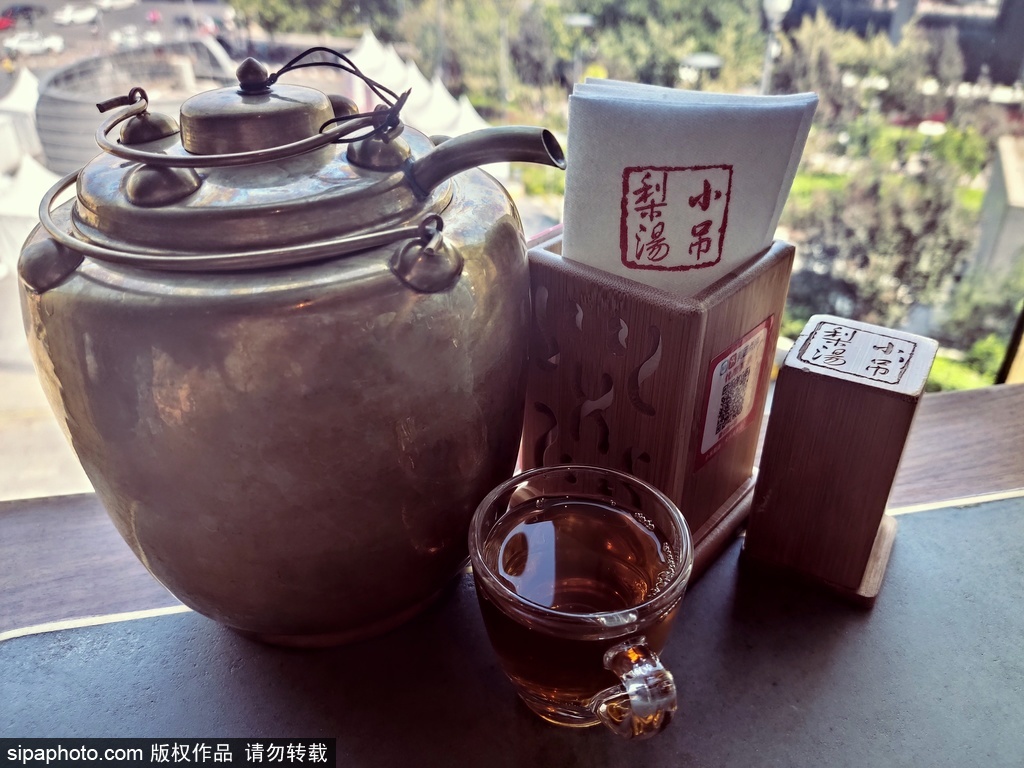 As a local delicacy of Beijing, Xiaodiao Pear Soup receives a great popularity among the public. Ingredients of the soup includes a pear, tremella, preserved plums, goji berries and rock sugars, which are cooked together in the water. Pear soup is regarded as a healthy and nutritious dish, since it benefits lungs and throats. Especially in autumn and winter when people are easily get sore throats, Xiaodiao Pear Soup is a useful therapy of soothing the throat and healing coughs.

Boiled dough drops are stir-fried with pork or beef meat lumps and vegetables such as cucumbers and carrots.

With a history of more than 300 years, Tang Huo Shao is a popular traditional Manchu food.

It is also the name of a restaurant in Beijing which has Pear Soup as its speciality and serves Beijing cuisine.