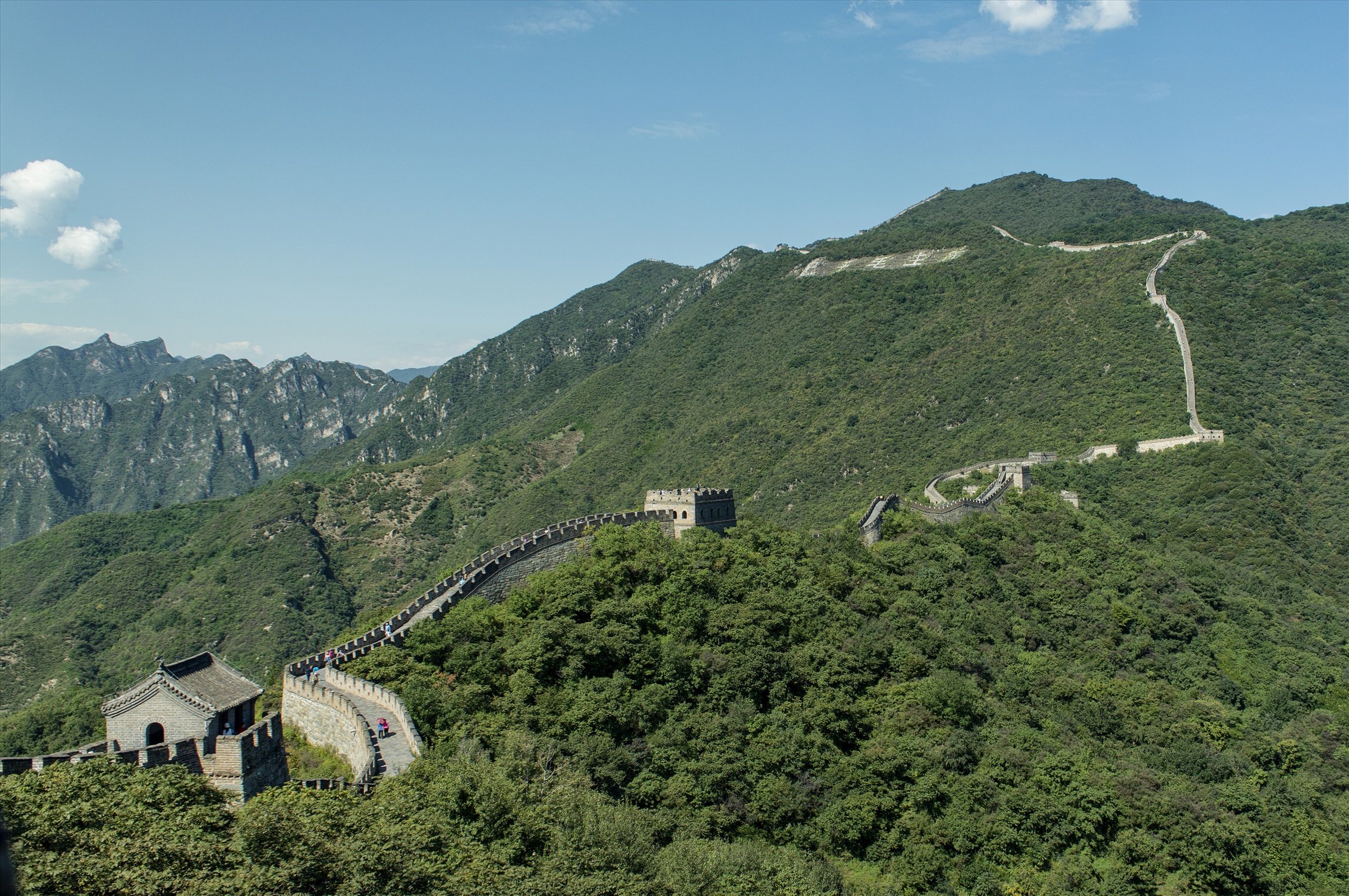 Mutianyu Great Wall is one of the most well-known Great Wall sections in Beijing and played an important role among the Ming Great Wall sections. This section connects the north Gubeikou and the west Juyongguan and served as a key fortress that guarded Beijing in the past times. Zhengguantai (正关台) and Dajiaolou (大角楼) are the famous spots of it. More importantly, the wall in this section has been well protected and can better expose the old flavor of the Great Wall.

Mutianyu Great Wall is one of the most well-known Great Wall sections in Beijing and played an important role among the Ming Great Wall sections. This section connects the north Gubeikou and the west Juyongguan and served as a key fortress that guarded Beijing in the past times. Zhengguantai (正关台) and Dajiaolou (大角楼) are the famous spots of it. More importantly, the wall in this section has been well protected and can better expose the old flavor of the Great Wall.

Despite the hundreds of buses that visit daily, the Great Wall at Mutianyu is not as crowded as the nearby Badaling or Juyongguan sections of the Wall. Mutianyu's 2.5 kilometer stretch of the Wall allows you to walk for more than an hour as you explore 22 watchtowers and the valley on both sides of the Wall. During the late afternoon, or in poor weather, you often might find yourself alone with only the sound of the wind to keep you company. Travel back in time and see the Wall as it was when it was built hundreds of years ago.

The wall was first built in the Northern Qi Dynasty (550 - 557). In the Ming Dynasty (1368 - 1644), Tan Lun and Qi Jiguang, two famous patriotic generals, rebuilt it in order to strengthen its defensive potential when they guarded the strategic pass. It served as the northern protective screen, guarding the capital and imperial mausoleums for generations. Reconstruction began in 1568 on 1000km of the Wall including Mutianyu. Responsibility was given to Qi Jiguang, a general who had built his credentials fighting Japanese pirates, and who took his responsibilities as a builder very seriously. Construction continued for many years, as the fortifications were built up with solid granite blocks, and included the construction of some of the larger defensive towers.

There are 22 watch towers distributed at close intervals along the wall. They are located not only in the main wall but also at the distinctive "branch cities". Branch cities are built on the hill ridge against the inner or outer side of the wall. They measure from several yards to dozens of yards across. On the northwest over 3,281-feet hills, lies a section of the wall called "Ox Horn Edge". On the steep and lofty peaks, there are two walls named 'Flying Eagle Flies Facing Upward' and "Arrow Lock". What is more rarely seen on the southeast side is a general gateway platform guarded by three watch towers together. In locations of strategic importance, batteries are set up to reinforce the defense capabilities.

Mutianyu really deserves to be the archetype of the ten thousand li Great Wall. Besides its strategically important location and compact layout, the Mutianyu Great Wall is also famous for the breathtakingly beautiful scenery. Woods cover over ninety-six percent of the total scenic area. The wall presents different aspects of beauty in the four seasons. Flowers bloom all over the mountains in spring. Grasses dress the hillside green in summer. Trees are laden with sweet fruits in autumn, and especially in October, leaves are turning red or yellow, touching the mountain tops with gold. In winter, the wall is covered by snow, making it seem more magnificent. The pine trees around the wall are well-known. There are more than 20 pines over 300 years old and about 200 pines over 100 year old. Besides, spring water at the foot of the wall tastes pure and fragrant, much appreciated by visitors. The Great Wall at Mutianyu (慕田峪长城) is located in Huairou District, about 80 km north of downtown Beijing.

Features: Built mainly from granite, the pass at Mutianyu is an appropriately unique section of the Great Wall. 7 to 8 meters high, and 4 to 5 meters high with crenellations on both sides of the Wall, the section of the Wall at Mutianyu stretches for over 2 kilometers. Matching its military importance, the Mutianyu Great Wall has 22 watchtowers built at almost 100 meter intervals. This number of towers is much more than would be expected along the Wall, and is also highlighted by the particular form and structure unique to this section. The Zheng Guan Tai gate stands with three connected watchtowers, with the center tower rising above the flanking structures. While each tower has its own gate, the main watchtower gate is on the east side of the building, which is quite unusual. Other unique features in this section include the "Tail Wall" which stretches out perpendicular to the Wall along a ridgeline for stronger defensive positioning, and another perpendicular extension on the other side of the Wall. Invading nomads would use the ridgelines as they marched, to avoid being caught unawares in the brambles and trees below, and the positioning of the Great Wall along the ridgeline and these adjoining tail walls are recognition of the importance of this high ground.